Many of my colleagues wear the IWC Portugieser even though they used to wear Rolex watches. I am thinking this may be because the IWC changed direction from being a maker of tool watches to a maker of watches that a lot of people want to wear. I was able to buy an IWC Ingenieur ref. 3227-01 which was a pure tool watch but the elegance and finish are modern and wearable.

I loved that watch and wore it a lot. I liked the finish on the bracelet and case, and I also appreciated the Caliber 80110 Movement which was an in-house creation. But I had to trade it up along with others a few years back. But one thing I can say is that when it comes to IWC collections, I particularly enjoy the Ingenieur and the Portugieser. 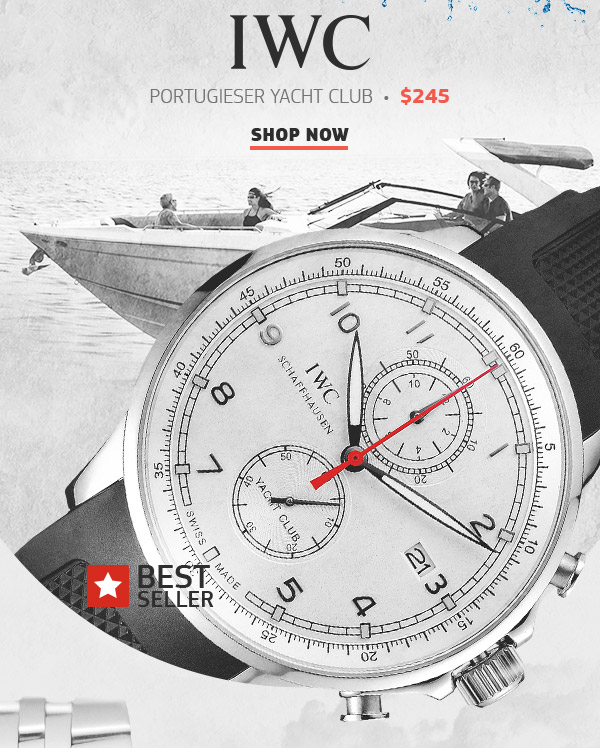 75th Anniversary of the Portugieser

IWC celebrates the 75th anniversary for the Portugieser watch. But the name wasn’t used prior to 1993 when IWC decided to resurrect its IWC Portugieser collection. See, back in the day, many Swiss watch brands (including IWC) used a reference number to designate a particular watch. It wasn’t very common to use collection and model names in the first half of the 20th century. The IWC Portugieser dates back to 1940, when two businessmen from Portugal, requested a big pocket watch sized wristwatch for their clients.

So IWC developed this watch, which had a 41.5mm diameter quite big for that time period when mens watch had an average diameter between 30mm - 35 mmm. The reason these Portuguese business men requested a large wristwatch was that pocket watches had a better accuracy because of the larger movement, and thus had a much larger balance.

IWC utilized the hunter style pocket watches caliber 98 and 74 for this new project to ascertain the accuracy of the wristwatch. The pioneering “Portugieser” watch was called ‘325’ and was produced from 1939 - 1981 in different sub versions. The first version had the caliber 74 movement and not long after its introduction, there was a second version with caliber 98 in 1944. The 325-2 was in production until 1971. A third version was in production from 1977 - 1980 and was called the “German edition” and IWC only made 57. In total, the watch manufacturer made 690 reference 325 watches.

Posted by LuxWatch on September 12